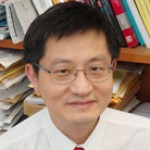 Prof. K.W. Chow completed his undergraduate studies at the California Institute of Technology, USA and obtained his Ph.D. from the Massachusetts Institute of Technology, USA. He stayed at MIT briefly as a post-doctoral fellow in fluid dynamics. He then pursued his teaching and research career at the University of Arizona, USA. After serving a brief visiting appointment in 1995, he formally joined the University of Hong Kong in 1996. He has worked extensively in the fields of wave propagation, fluid mechanics and nonlinear dynamics. The evolution and properties of nonlinear localized modes (solitons) are of great importance in hydrodynamic and optical waveguides. He is the Deputy Editor of the journal ‘Wave Motion’, and serves on the Advisory Panel of the journal ‘Physica Scripta’. His research interests in medical engineering focus on the applications of continuum mechanics in blood flows and the upper airway.